The Alabama Agricultural and Mechanical University is a land-grant University. Its support comes from the State of Alabama and federal funds appropriated to assist in carrying on work stipulated by the Morrill Acts 1862 and 1890. The University is under the control of a board of trustees appointed by the Governor, who serves as ex officio Chairman.

The university was organized in 1875 as the result of a bill passed in the State Legislature in 1873 and through the continued efforts of its first principal and president, William Hooper Councill, an ex-slave. The school opened on May 1, 1875, as the Huntsville Normal School with an appropriation of $1,000 per year, 61 students, and two teachers.

Industrial education was introduced around 1878. It attracted wide attention, and the school was assisted financially by the Slater and Peabody Funds and by private contributors. The work in industrial education was so successful that the State Legislature authorized the name to be changed to the “State Normal and Industrial School at Huntsville.” The appropriation was increased by the State to $4,000 per year.

In 1891, the school became the recipient of a part of the Federal Land-Grant Fund provided by an act of Congress, approved August 30, 1890. The purpose of this fund was to further training in agricultural and mechanical arts in the various states at the college level.

In 1939, by authority of the State Board of Education, the Institute was permitted to offer work on the senior college level. The first graduation class since 1920 received the bachelor’s degree in 1941, and on January 14, 1948, the name was again changed to “Alabama Agricultural and Mechanical College.” On June 26, 1969, the Alabama State Board of Education, the governing body of the institution, adopted a resolution changing the name of the institution to “Alabama Agricultural and Mechanical University.”

The University received a “Class A” rating by the Southern Association of Colleges and Secondary Schools in August 1946 and became a fully accredited member of the Association in December 1963.

Alabama A&M University is a dynamic and progressive institution with a strong commitment to academic excellence. The picturesque campus is situated on what many alumni and friends fondly refer to as “The Hill”, only a few miles from downtown Huntsville. Serving about 6,000 students, the institution is a diverse and vibrant microcosm of the larger world around it, attracting visits of 19 Nobel Laureates. Alabama A&M University offers numerous degree programs, including the Ph.D. degrees in Applied Physics, Food Science, Plant and Soil Science and Reading/Literacy.

Catalogue of the State Normal School 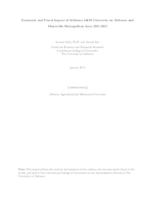 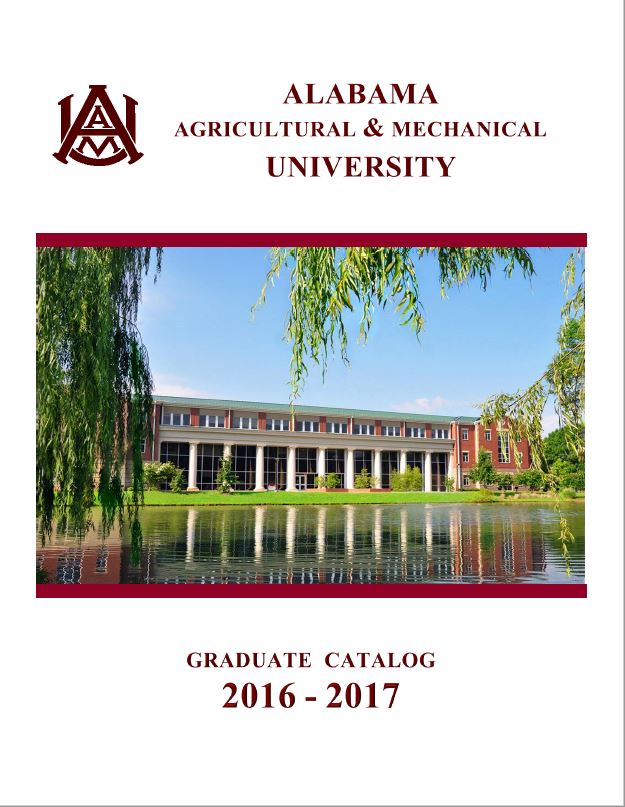 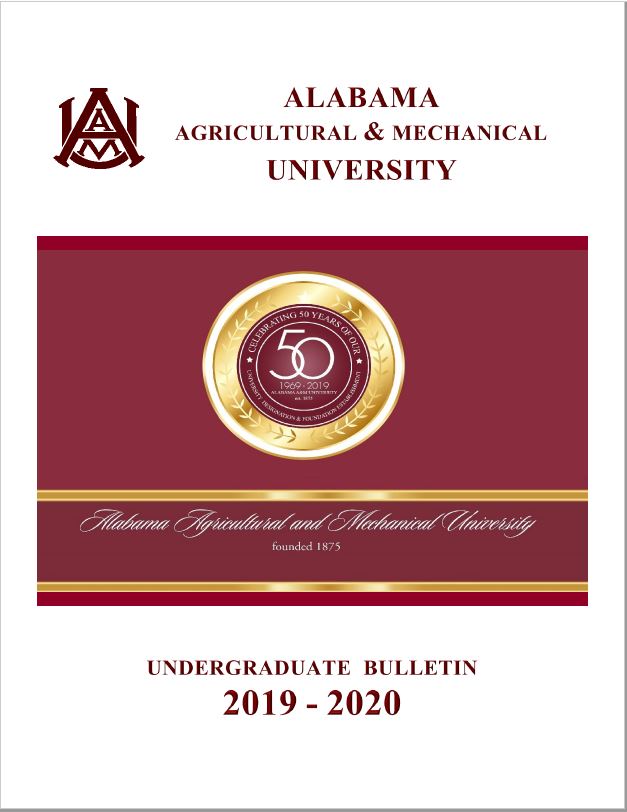