J.F. Drake State Community and Technical College is the first and only institution of its kind in Alabama. It’s an institution where students can enhance their futures through comprehensive academic and technical training programs.

The Beginnings of a Rich History

As with so many educational institutions, within Drake State’s history lies many of its strengths.

In 1961, Governor George Wallace founded a group of state, two-year technical institutions to support the technical/vocational career education needs of African Americans. Huntsville State Vocational Technical School was one of these schools. Its original campus covered 30 acres of land deeded by Alabama A & M University to the Alabama Board of Education, and the new college opened its doors in 1962 with 27 students enrolled in four programs – auto mechanics, cosmetology, electronics, and masonry.

Another modern educational enhancement involved Drake State’s dedication to the community. In 2010, the college spearheaded a move into downtown Huntsville by offering classes in the historic Times Building on Holmes Avenue. This had a positive impact not only on the school’s enrollment, but also on the city’s downtown development – adding students to the downtown business landscape to stimulate rejuvenation of the urban area.

In January 2012, Drake State began its membership with the Southern Association of Colleges and Schools Commission on Colleges (SACSCOC). This landmark achievement ensured transferability of general education courses and streamlined student transitions from two-year degrees into university programs anywhere in the United States – a tremendous enhancement for the school and its students.

The final step in establishing the school’s identity came in July of 2013 when the college officially became J.F. Drake State Community and Technical College. Its name accurately depicts its standing as both a comprehensive community college and a core-driven technical college – the best of both worlds.

In this collection are photographs and images that represent the rich history of J.F. Drake State Community and Technical College.

A Nursing Faculty Teaching her Class 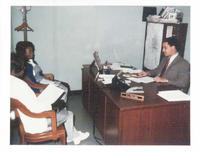 Faculty and a Student in Welding Class

Faculty Member and Students in Class

Female Students in a Fashion Show

Meeting With Faculty and Staff 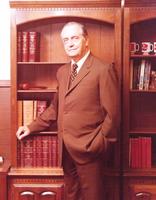